The Reason Interview With Nick Gillespie « »
Melissa Chen: "Ideas Have Consequences. So Does Silence." 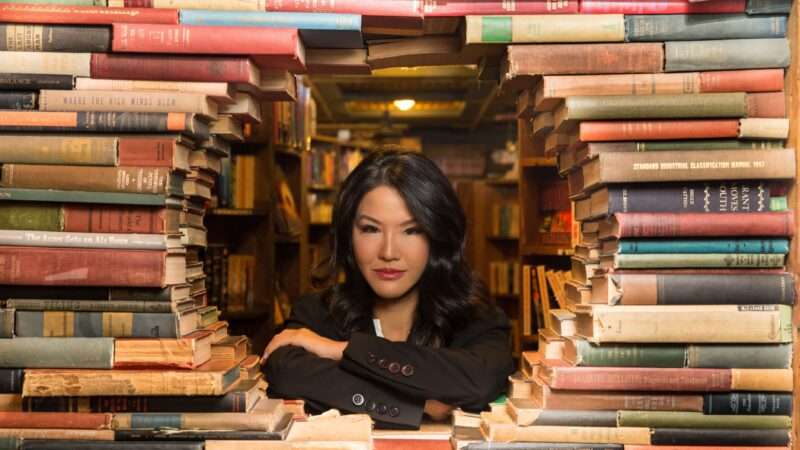 "Ideas have consequences. But so does silence," insists Melissa Chen, the New York editor for The Spectator and managing director of Ideas Beyond Borders, a nonprofit that translates new and classic texts about science, history, and liberal political philosophy into Arabic and distributes them as free e-books throughout the Middle East.

Born and raised in Singapore, Chen came to the United States to study genomics at Boston University and quickly established herself as a foe of groupthink, political correctness, and cancel culture in America while critiquing authoritarian regimes in China, her birth country, and elsewhere. A frequent guest on shows and podcasts such as The Joe Rogan Experience, Bridget Phetasy's Walk-Ins Welcome, and The Rubin Report, Chen maintains one of the liveliest feeds on Twitter, mixing long threads with sardonic comments on the news of the day. "I'd like to welcome the Arabs to the Schrödinger's White People Club. Signed, Asians and Jews," she wrote after some commentators claimed the reason that suspected Boulder, Colorado shooter Ahmad Al Aliwi Alissa, a Syrian Arab, was not killed by police was because he was "white."

I'd like to welcome the Arabs to the Schrödinger's White People Club.

Chen talks with Nick Gillespie about how an obsessive focus on identity politics led the media to keep insisting without evidence that the murder of massage parlor workers in Atlanta was a hate crime against Asian Americans, why Hollywood is changing its products to please censors in the Chinese government, and how the best way to counter radicalization is with speech and information rather than repression.

The post Melissa Chen: "Ideas Have Consequences. So Does Silence." appeared first on Reason.com.

1h ago1h ago
Subscribe
Unsubscribe
Щотижня
Every Monday, the libertarian editors of the magazine of “Free Minds and Free Markets”—Matt Welch, Nick Gillespie, Katherine Mangu-Ward, and Peter Suderman—discuss and debate the week’s biggest stories and what fresh hell awaits us all.
T
The More Perfect Union

9m ago9m ago
Subscribe
Unsubscribe
Щотижня+
A business and current events podcast for anyone looking to gain more freedom and autonomy through entrepreneurship. Art, culture, politics, technology and more. This show gives you the insights you won't find anywhere else. If you want to know what's going to happen tomorrow, listen to this show today.
T
The Wilderness

6M ago26w ago
Subscribe
Unsubscribe
Щомісяця
What will it take to defeat Donald Trump in November? In season 2 of The Wilderness, Jon Favreau looks for the path to victory in 2020 by talking to voters, strategists, organizers, and candidates in the battleground states that will decide the election.
P
Payne's Politics

3h ago3h ago
Subscribe
Unsubscribe
Щотижня
Sebastian Payne takes you into the corridors of power to unwrap, analyse and debate British politics with a regular lineup of expert Financial Times correspondents and informed commentators. New episodes available every Saturday morning. See acast.com/privacy for privacy and opt-out information.
F
Face the Nation on the Radio

15h ago15h ago
Subscribe
Unsubscribe
Щотижня
Margaret Brennan asks the biggest guests the smartest questions. Hear official Washington on the firing line, on your schedule.
C
Can He Do That?

11d ago1w ago
Subscribe
Unsubscribe
Щотижня
“Can He Do That?” is The Washington Post’s politics podcast, exploring presidential power in the face of weakened institutions, a divided electorate and changing political norms. Led by host Allison Michaels, each episode asks a new question about this extraordinary moment in American history and answers with insight into how our government works, how to understand ongoing events, and the implications when so much about the current state of American life and the country’s politics is unlike ...
T
The Skepticrat