The Reason Interview With Nick Gillespie « »
Garry Kasparov: Greatest Soviet Chess Champion on the Awful System That Created Him 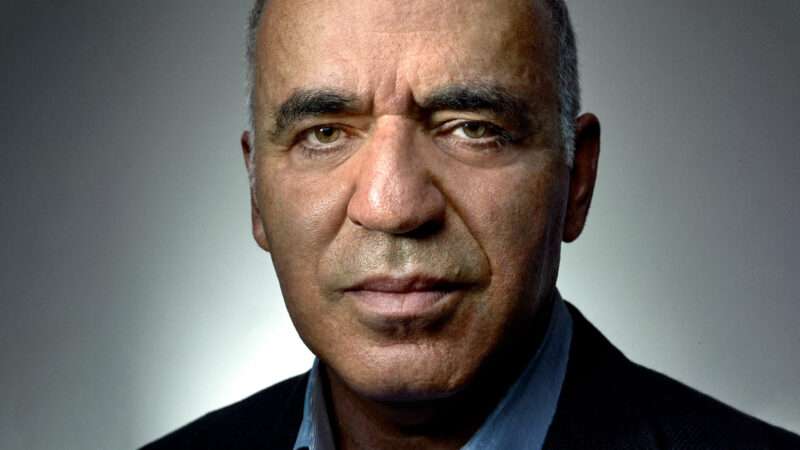 Reason's December special issue marks the 30th anniversary of the collapse of the Soviet Union. This story is part of our exploration of the global legacy of that evil empire, and our effort to be certain that the dire consequences of communism are not forgotten.

If the Soviet Union was notoriously incapable of producing blue jeans, smokeable cigarettes, and durable cars in the numbers its citizens craved, it was unrivaled at producing world-class chess grandmasters. From the end of World War II until the Evil Empire dissolved in 1991, all but one world champion—the American Bobby Fischer, who claimed the title in 1972 from one Soviet and surrendered it to another in 1975 when he refused to defend his crown—represented the USSR.

None was better than Garry Kasparov, who became world champion in 1985 at the tender, record-setting age of 22 and held the title until 2000. Widely considered the greatest chess player in modern history, he held the global top ranking for a total of 255 months between 1984 and his retirement in 2005.

Yet Kasparov was never a pliant supporter of the system that produced him—far from it. Born in 1963 to parents who were Jewish and Armenian, two minorities regarded as suspect, and raised in the relatively provincial city of Baku, Azerbaijan, he grew up feeling alienated from the Soviet Union's cultural and political centers in St. Petersburg and Moscow. Because of his chess prowess—which he emphasizes was greatly nurtured by the same government that immiserated and imprisoned so many of his countrymen—he was able to travel abroad for competitions, and he describes youthful trips to France and Germany as nothing short of revelatory. The casual "abundance" of what used to be called "the free world" "just felt different," he says. "I could immediately see the quality of life….It was different and it was more natural." Beyond the Iron Curtain, he encountered the anti-communist works of George Orwell and was able to read exiled dissident Alexander Solzhenitsyn's suppressed indictments of totalitarianism.

Kasparov joined the Communist Party of the Soviet Union in 1984 but was critical of the regime during that decade. In 1990, he joined the Democratic Party of Russia and became increasingly outspoken in favor of human rights, representative democracy, and limited government. In post-Soviet Russia, he used his celebrity and influence to spearhead attempts to build civil society and conduct fair elections, emerging as a leading critic of Russian leader Vladimir Putin. He aborted a run for president in 2007 only after authorities made it impossible for his followers to meet. By the early 2010s, he had been arrested for participating in unauthorized anti-government demonstrations and was widely believed to be the author of a popular petition demanding Putin's resignation. Today he resides in New York City and Croatia with his wife and two of his children; they cannot return to Russia for fear of persecution.

Kasparov continues to lobby for freedom, in the former Soviet Union and beyond. Since 2011, he has served as the chairman of the Human Rights Foundation, an organization that focuses on reform in closed societies such as North Korea, Venezuela, Iran, Saudi Arabia, and several former Soviet republics.

In September, Reason's Nick Gillespie spoke with the chess grandmaster in New York about what it was like to be the beneficiary of a catastrophically failed Soviet system and what lessons the world—especially American democratic socialists—should remember three decades after its collapse.

The post Garry Kasparov: Greatest Soviet Chess Champion on the Awful System That Created Him appeared first on Reason.com.