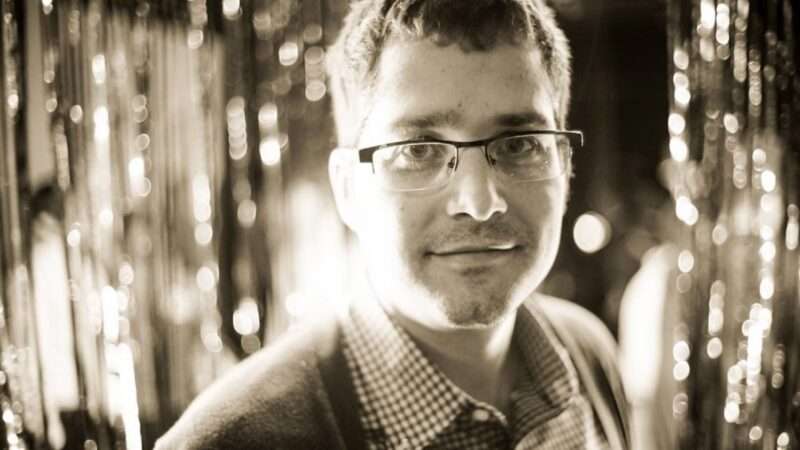 To say that we live in a hyper-polarized, angry society is to state the obvious. Everywhere around us, but especially online, in politics, and in the media, we seem to be, with apologies to Matthew Arnold, trapped on a darkling plain where ignorant armies clash by night. It's impossible to avoid a continuous stream of stories, often erupting from prestigious institutions such as The New York Times and Ivy League universities, of people being canceled for real and imagined thought crimes, political hacks defending objectively awful policy failures, and charges of racism, sexism, and homophobia being launched like drone strikes on unsuspecting, innocent civilians.

Many in the media and the academy are questioning bedrock commitments to free expression and intellectual freedom. As the former head of the ACLU, Ira Glasser, told Reason recently, many activists, academics, and journalists believe that "free speech is an antagonist" to social justice.

One journalist who pushes back against all this is Conor Friedersdorf, a staff writer at The Atlantic, who maintains one of the smartest and engaging Twitter feeds around, and publishes the newsletter The Best of Journalism, which "highlights exceptional nonfiction journalism." The 41-year-old Southern California native writes about criminal justice reform, the excesses of wokeness and political correctness on the right and the left, and the failure of government to effectively deliver many of the basic services it's supposed to provide.

"The biggest thing I'm interested in is, can we have a robust public discourse? Can we adjudicate truth propositions together?" Friedersdorf tells me in today's podcast. He cites Jonathan Rauch's influential 1993 book, Kindly Inquisitors: The New Attacks on Free Thought, which lays out the case for free and open dialogue in society, especially about contentious topics and ideas. (Go here for my interview with Rauch on today's cancel culture.). "It is a messy process of talking back and forth, and it's really important," says Friedersdorf. "We can get tremendous value from it in the future if only we allow it to happen. And I see more and more people not allowing it to happen with the advent of social media."

We talk about the case of New York Times reporter Donald McNeil, who was pushed out of the paper after colleagues learned he used a racial epithet in 2019 while on a trip with high-school students, calls by journalists to regulate conversations on the popular new audio-only social media platform Clubhouse, and the failure of the FDA and CDC to roll out vaccines as efficiently as possible. We also talk about how libertarians might effectively reach out to people on the left and the right who are increasingly exhausted by the orthodoxy demanded by progressives and conservatives.

8d ago1w ago
Subscribe
Unsubscribe
Щотижня
Every Monday, the libertarian editors of the magazine of “Free Minds and Free Markets”—Matt Welch, Nick Gillespie, Katherine Mangu-Ward, and Peter Suderman—discuss and debate the week’s biggest stories and what fresh hell awaits us all.
T
The Wilderness

4h ago4h ago
Subscribe
Unsubscribe
Щомісяця+
Real debate without the hate!
C
Can He Do That?

3d ago3d ago
Subscribe
Unsubscribe
Щотижня
Sebastian Payne takes you into the corridors of power to unwrap, analyse and debate British politics with a regular lineup of expert Financial Times correspondents and informed commentators. New episodes available every Saturday morning.
I
Intercepted

5d ago5d ago
Subscribe
Unsubscribe
Щомісяця+
The people behind The Intercept’s fearless reporting and incisive commentary discuss the crucial issues of our time: national security, civil liberties, foreign policy, and criminal justice. See acast.com/privacy for privacy and opt-out information.
F
Face the Nation on the Radio

1d ago1d ago
Subscribe
Unsubscribe
Щотижня
Margaret Brennan asks the biggest guests the smartest questions. Hear official Washington on the firing line, on your schedule.
T
To the Point

3h ago3h ago
Subscribe
Unsubscribe
Щотижня
Organizer and activist DeRay Mckesson explores news, culture, social justice, and politics with analysis from Kaya Henderson, De’Ara Balenger, and others. Then he sits down for deep conversations with experts, influencers, and diverse local and national leaders. New episodes every Tuesday.
T
The Skepticrat